WARNING: Never attempt to look at the Sun without a proper solar filter! You risk serious damage to your eyes and possible loss of sight! The images you see here are taken through specialized filters!
When the Moon covers the Sun... 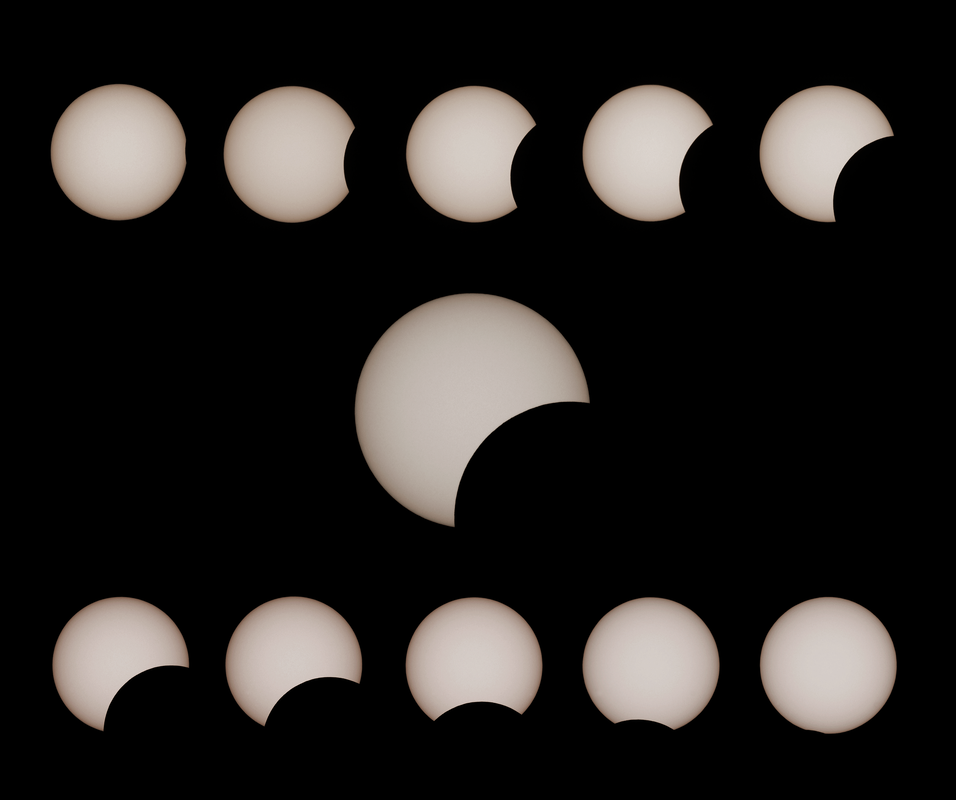 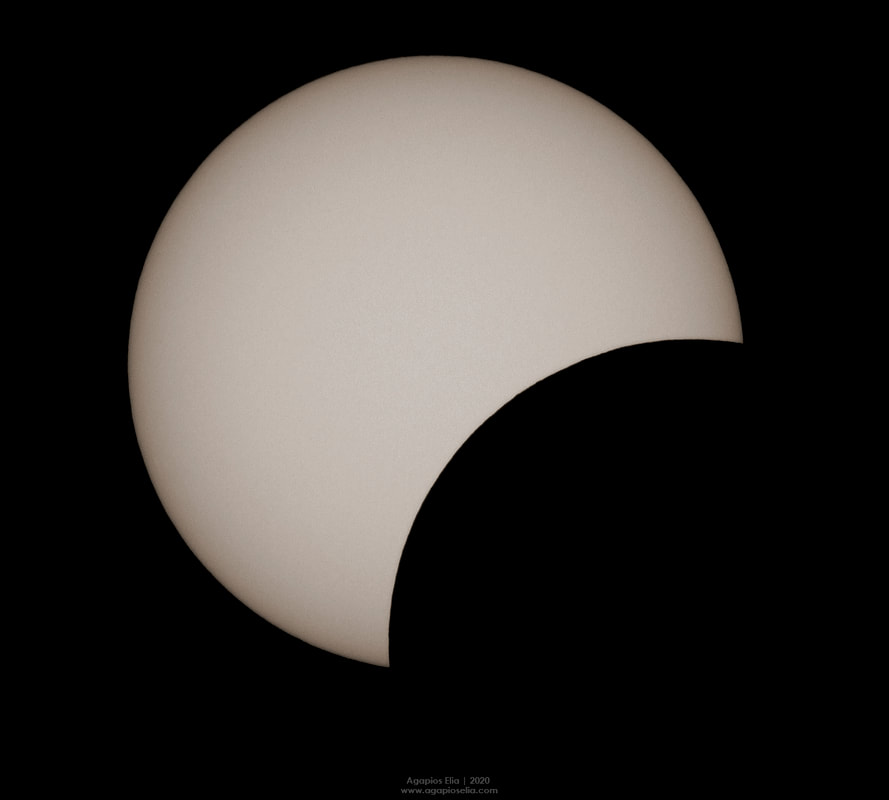 A stunning Partial Solar Eclipse, observed with a lot of friends under challenging skies with partial cloud cover. Superb views of the duo through the telescopes with special interest at the lunar perimeter were the various peaks and valleys were visible against the solar disc. 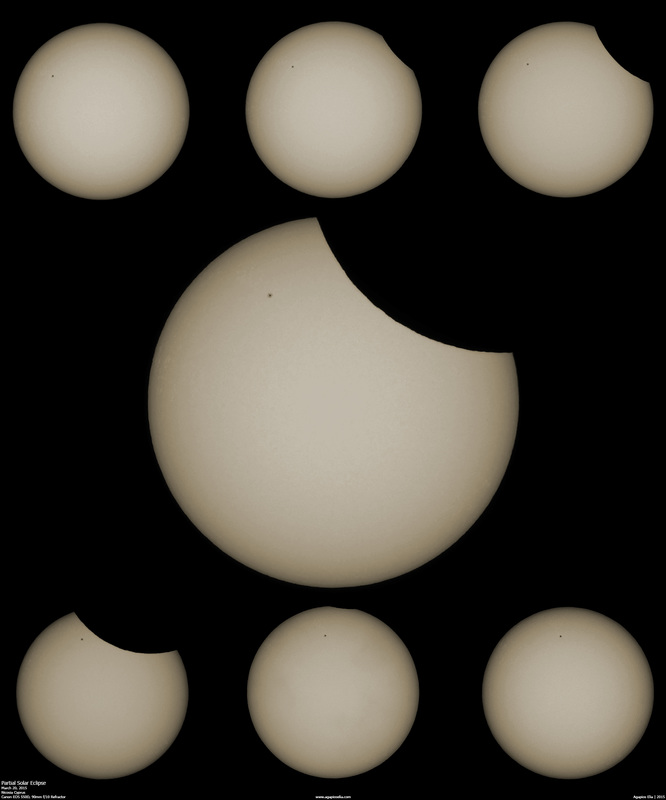 A very enjoyable afternoon excursion at Panayia Tsampika chapel. Using a sheet of astrosolar filter handheld infront of the 55-250mm IS lens provided some decent results! Notice how the color of the Sun changes with the decreasing altitude. 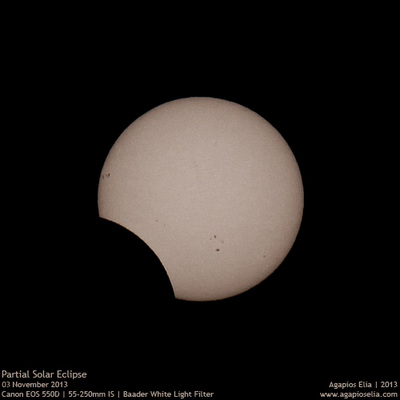 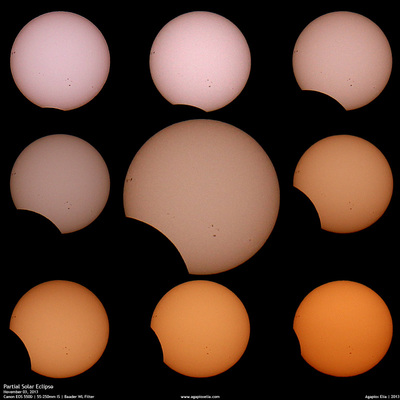 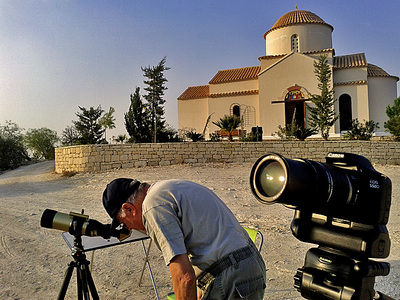 Good weather for most of the event with only a couple frames affected by clouds. 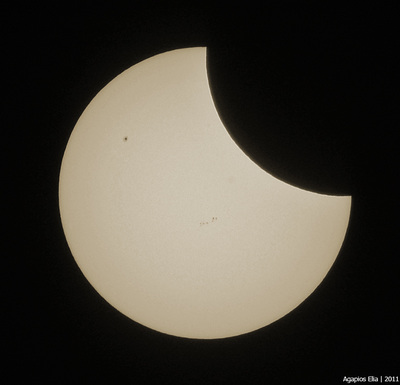 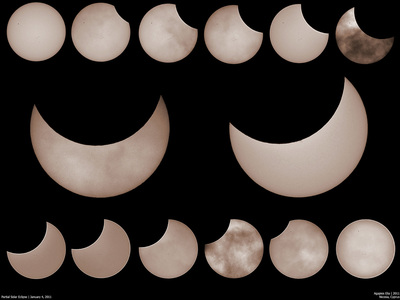 Weather was quite unfavorable for this eclipse, however, I drove to Mazotos beach with a friend to ensure we had a clear unobstructed Eastern horizon and with perseverance managed to capture a fleeting glimpse of the duo. 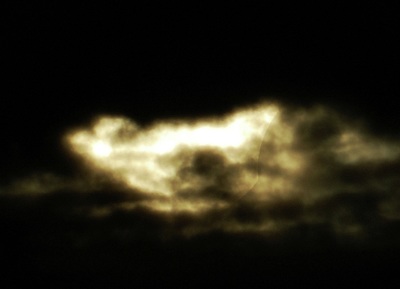 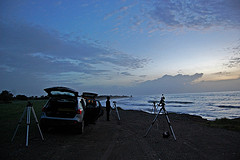 ​One of the few instances of my astronomical carreer were I literally had no time to properly set up any equipment to observe an eclipse. Still, some creative thinking resulted in the following images! 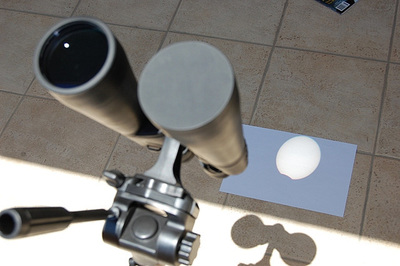 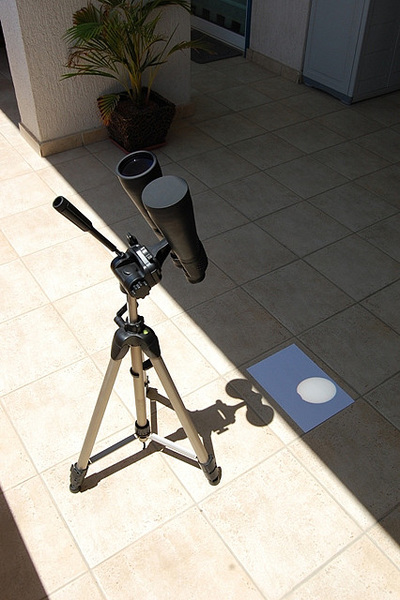 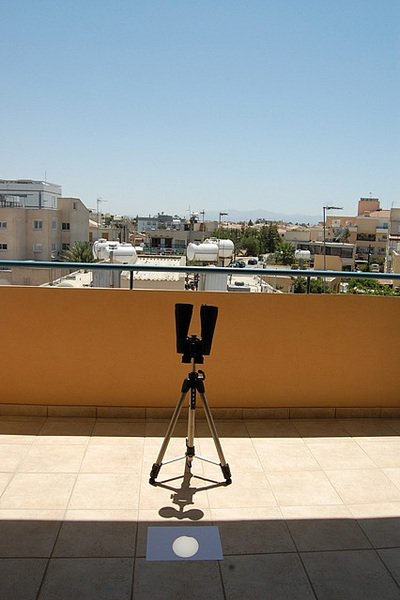 With a solar coverage up to 92%, this was the most spectacular Partial Solar Eclipse I've witnessed to date. The sky went noticeably dark, Venus and Vega became visible and the overall temperature dropped significantly. 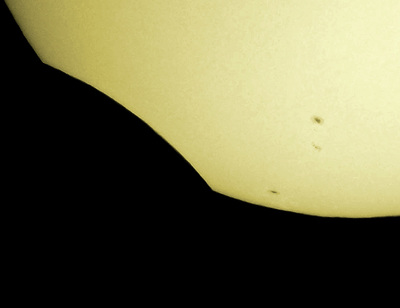 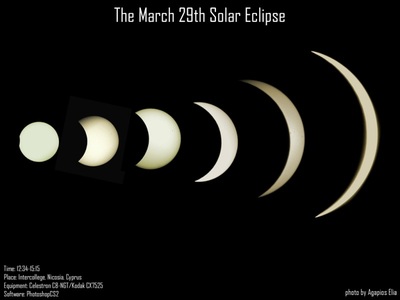 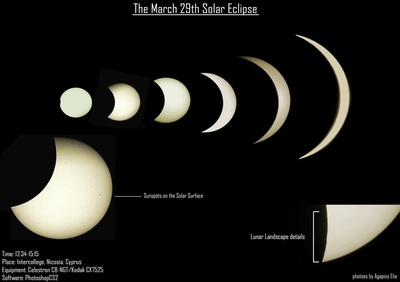