Acceptable seeing early on in the night with the GRS rotating into view and Io also visible. 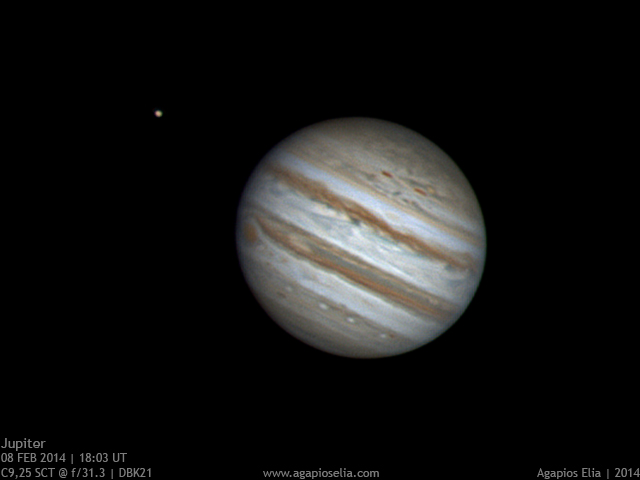 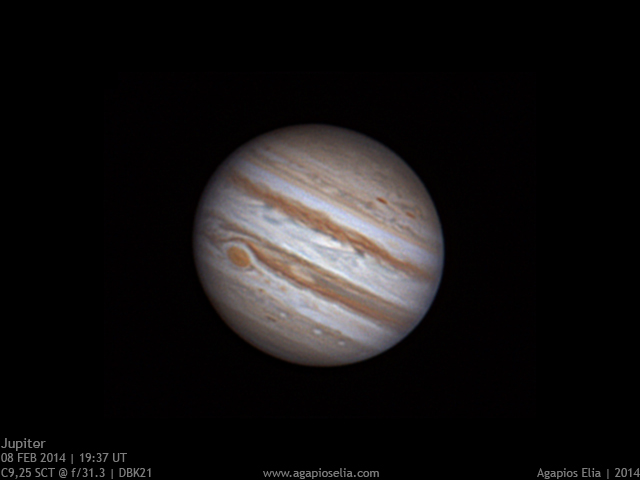 Good seeing originally but gradually deteriorating towards dawn. A lovely appearance of the OvalBA with the interesting white spot within it. Also some fantastic festoons within the tropical region. Marvelous! 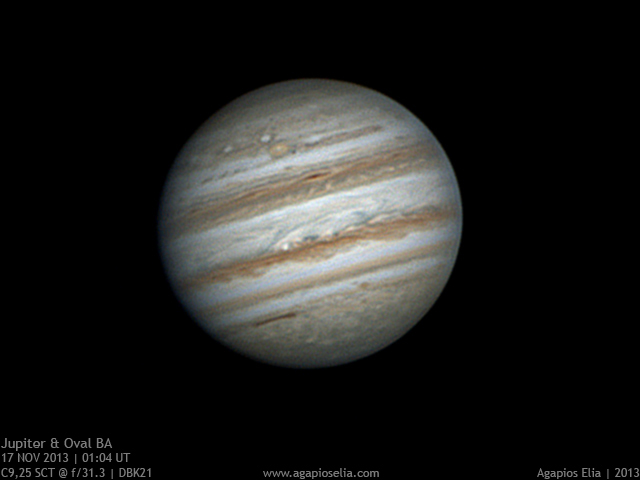 01:04 UT - The white spot inside OvalBA is prominent 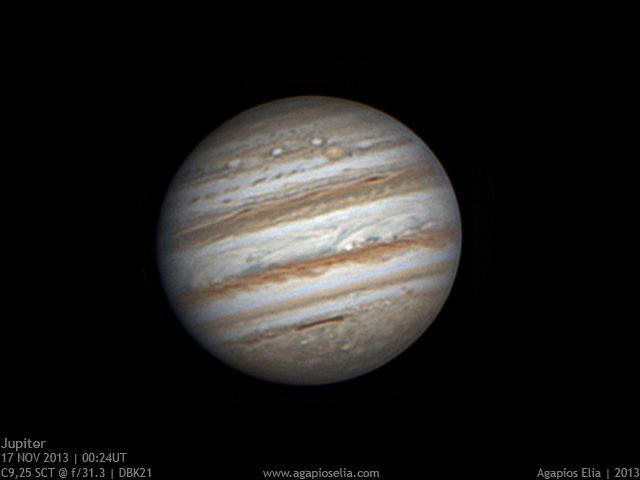 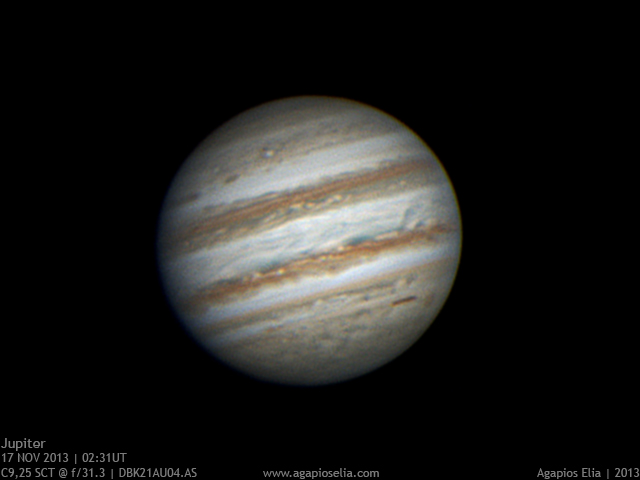 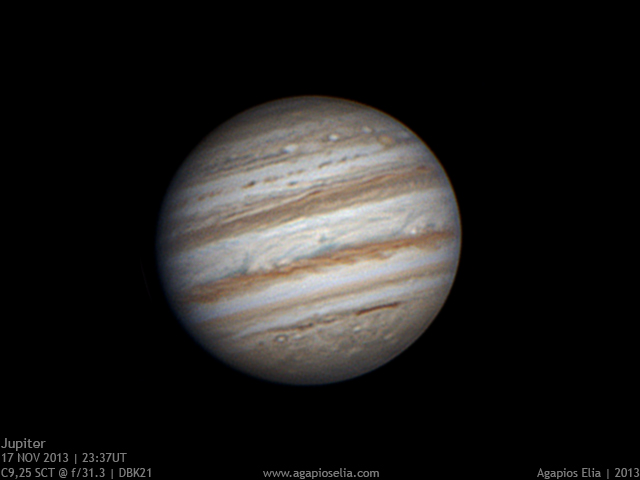 Changes in the Jovian Atmosphere

A three-frame animation using images taken on October 31 by fellow amateur astronomer Philippe Cambre of France and my own images from November 10 and 17 showing just how dynamic Jupiter is. You can see various formations rotating to the East or West independently, storm systems merging and separating as well as storm systems who remain virtually unchanged. 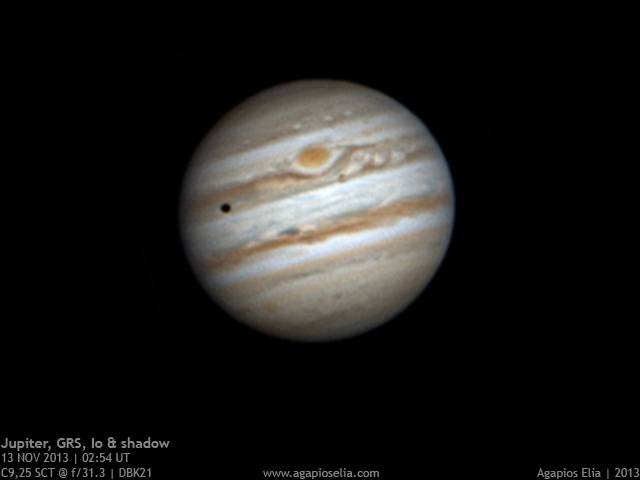 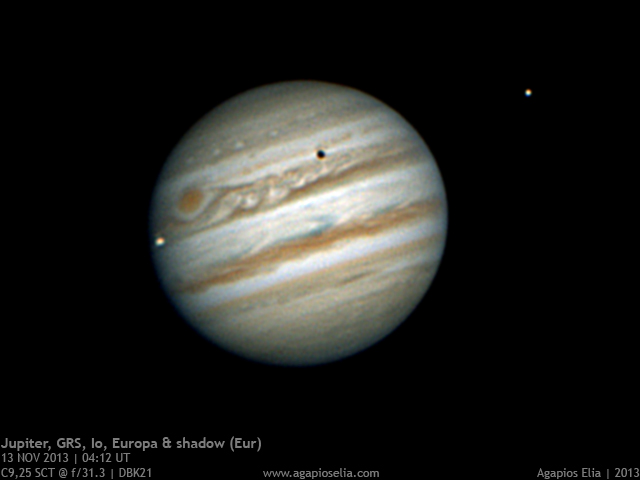 click on image for full size
17-frame animation of stacked and wavelet-applied images with no post-processing.

Very good seeing conditions on this marathon night which allowed coverage of nearly 4 hours of the Jovian surface. 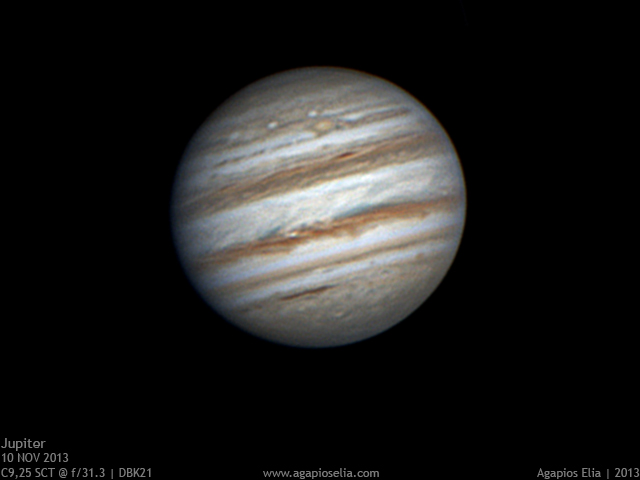 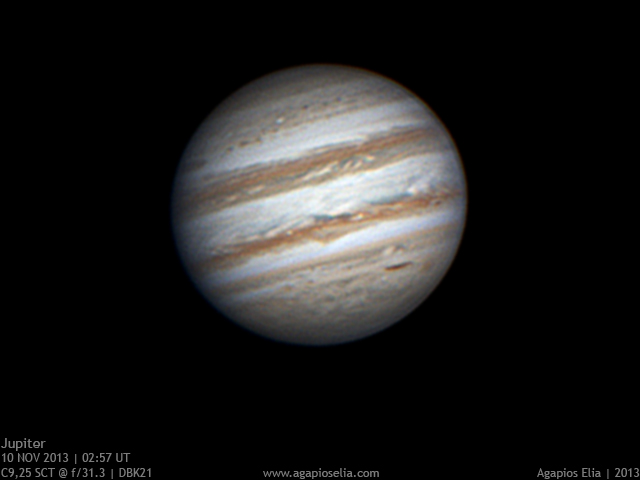 click on image for full size
The animation presented here uses all 45 of the resulted captures with no post processing beyond stacking (AS!2) and wavelets (Registax5.1) and covers nearly a 4 hour time-span. I hope to be able to produce the post-processed version but it will take a while!
Live view video capture of Jupiter
10 November 2013
Telescope: C9,25 SCT
Camera: TIS DBK21(AU.O4AS)

Quite a lot of data on this night but only average seeing conditions. I am having trouble judging the correct color balance lately so I'm uploading variations. 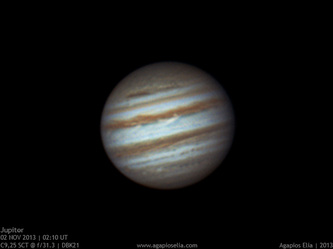 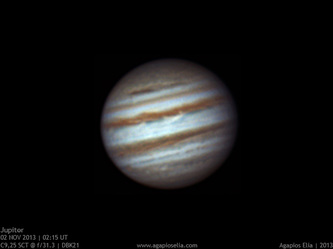 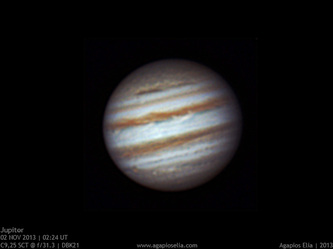 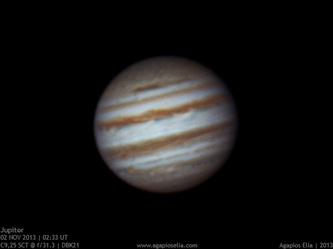 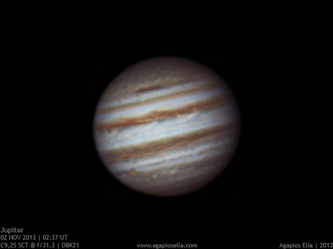 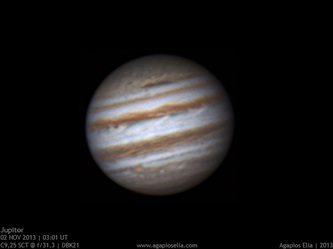 Average to poor seeing conditions for these images but Jupiter is climbing higher into darker skies and growing larger. Io and Europa are also visible in the frames. 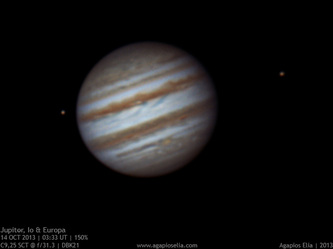 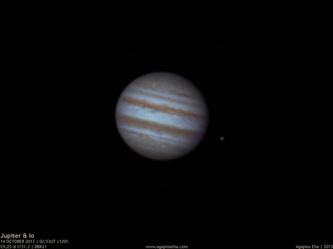 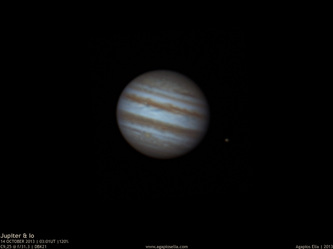 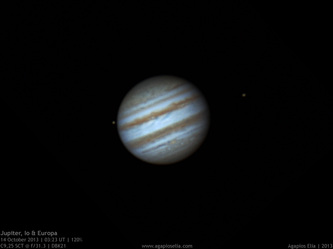 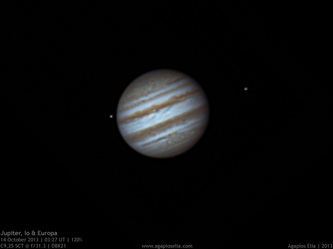 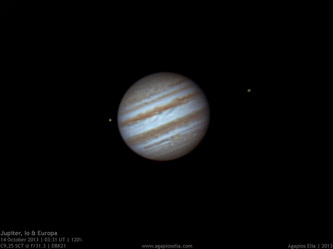 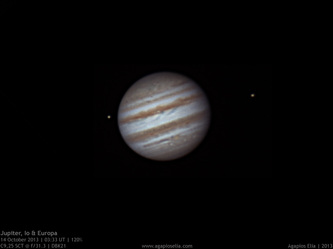 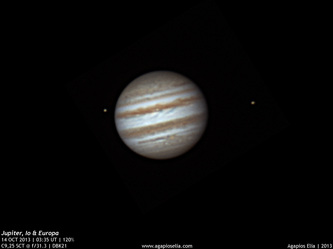 The new season "opener". Finally returning to the Giant, this time shooting through the new observatory! 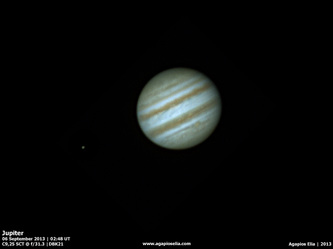 Despite unfavorable predictions, some steadier pockets of air provided an acceptable result. 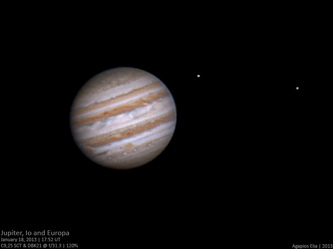