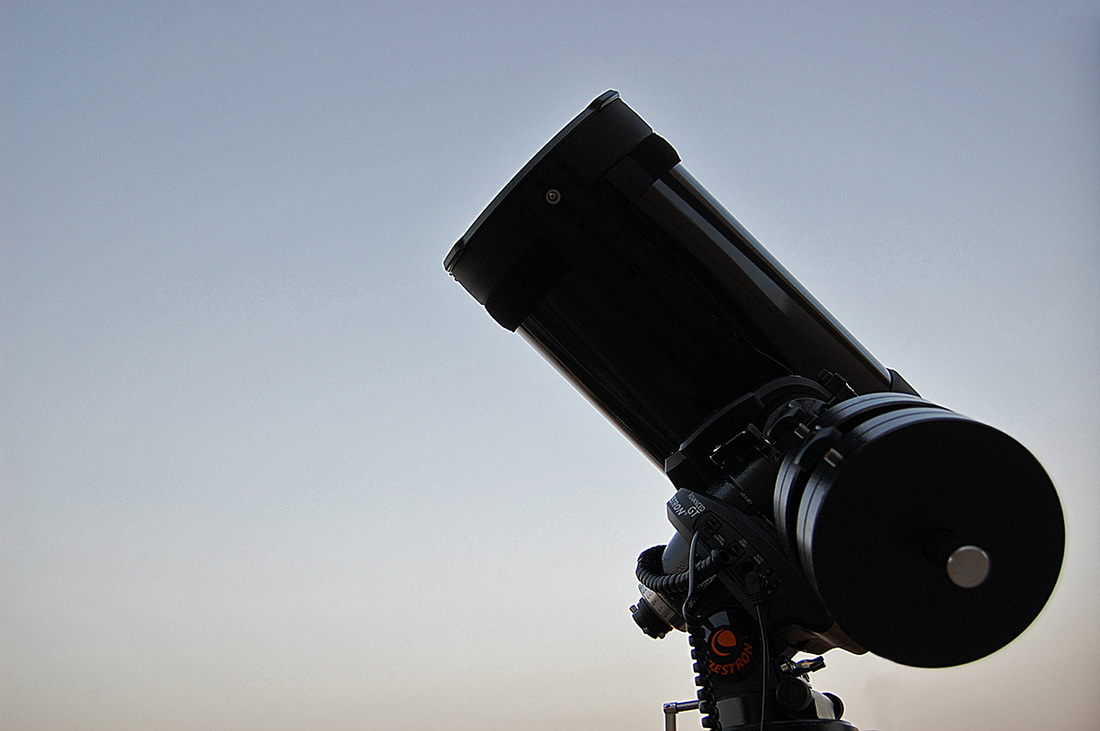 This is my main instrument at the time being and it is used extensively for planetary observing & imaging! It is a fine performer and has offered me superb views of the Planets as well as helped me produce detailed images of them! As a deep sky or visual scope, despite its very high focal length and narrow FOV, it has served up spectacular views! I've upgraded the stock dovetail bar to a wider more solid one from Baader, added a rotatable Dual-Speed Crayford focuser and a Kendrick Dew Heater System, aswell as a Lymax CAT Cooler for temperature control. Coupled with a few essential accessories such as these, an SCT scope is bound to amaze!

Celestron Advanced VX (2017 - present): This mount is the re-incarnation of the older CG5-GT or Advanced GT. It offers a wealth of refinements over it's predeccesor, mainly in ergonomics. It offers very robust and precise polar alignement controls, a front facing - non moving DEC housing (the biggest gripe on the CG5GT was the DEC housing smashing into the RA housing just past the meridian when pointed to the South) and it continues to utilise the very effective A.S.P.A. method for very precise polar alignement even without a clear view of Polaris, without using extra software or add-on hardware, without using a laptop and even under twilight. With this method I am routinely able to acquire well enough polar alignement so that I can image at ~ 5000mm FL without the planets drifting out of view on a 600x400 R.O.I.

Skywatcher NEQ6 (2012-present): Permanently mounted since day 1 this mount is a true workhorse. It handles the 9,25" easily for visual & planetary and with a bit of patience and the right tools can also provide adequate results in deep sky photography. Tracking is excellent and the pointing accuracy is very good.

This is a light-weight, portable computerized or Go-To mount which enables automatic pointing and tracking of celestial objects. This latest iteration of it (v4.16) features a remarkable addition to Celestron's NexStar software: the All Star Polar Alignment  method which allows the user to accurately polar align the mount without using Polaris, the North star. Especially useful since my view of Polaris is blocked from my current location! 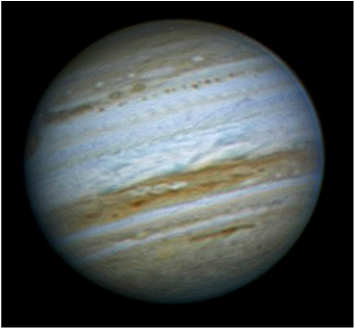 One of my best early attempts at Jupiter. C9,25 & SPC900NC
Agapios Elia - Images from the Universe