​​Very poor seeing & transparency for this image. Although predictions seemed mostly favorable, the reality appeared to be quite different! Also, the fact that I was late at opening up the observatory roof and uncovering the scope which had been baking under the hot Sun had me chasing thermals all night long. The real winner to me is the capability of the 224MC in delivering acceptable results despite unfavorable odds!
30 May, 18.6" diameter.
​
Mars at it's closest approach. Good seeing on this night.
Hubble palette (May 2016 data)

Poor seeing continues yet a wealth of detail visible due to Mars being at closest approach. 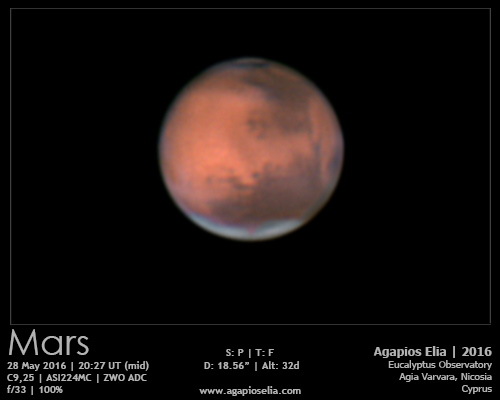 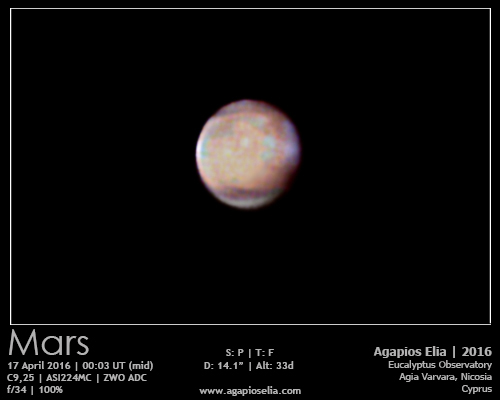 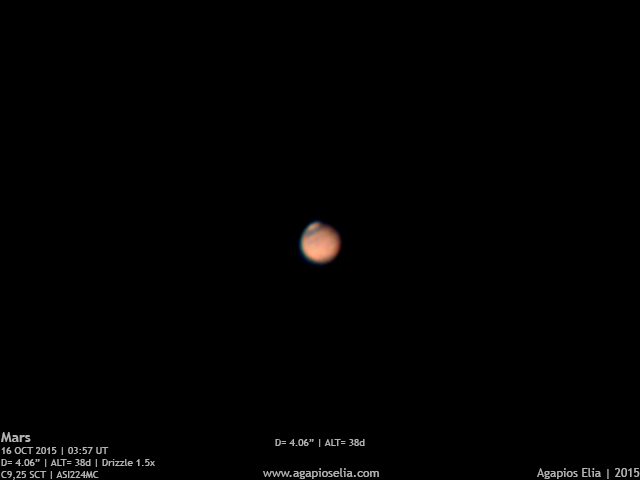