The iconic rings were seen edge-on for the 2009-2010 apparition making Saturn a challenging target as the planet was very dim and with little features visible. Never the less a unique sight and certainly worthy of observing and/or imaging even without the famous rings! Since December 2010, the rings were back to their more familiar look and imaging the ringed planet is a little bit easier!

A night of great seeing which allowed capturing at f/30. The rather aggressively processed 12 frame animation shows a hint of southern hemisphere detail.
Update 27/05/2011: An image from this data set is featured in Astronomy Now, June 2011 issue! 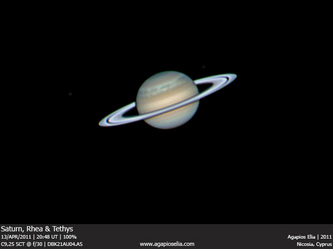 Saturn disc size is now 19.03". Fair to Good seeing for these images. 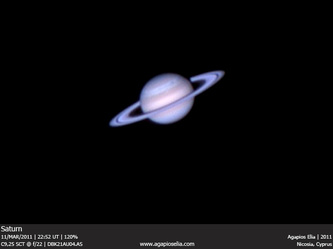 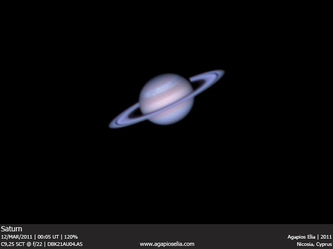 Variable conditions with periods of very good seeing. Saturn has increased in size up to 18.36" and the giant storm is visible transiting the disk. 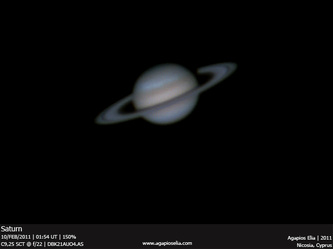 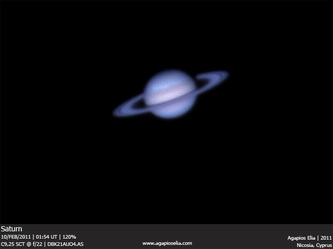 Generally good seeing for these images. Saturn remains dim with an apparent size of 17.7" at this point in the apparition. 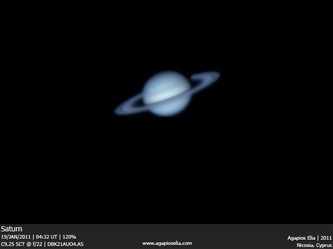 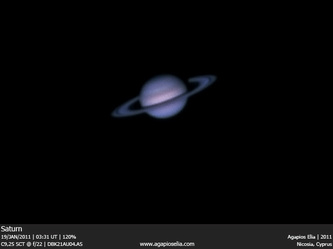 Various combinations of capture settings used for these images. More to follow from this session. 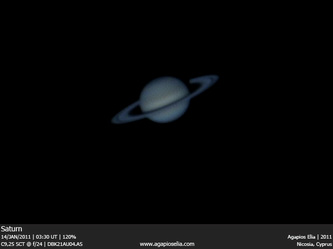 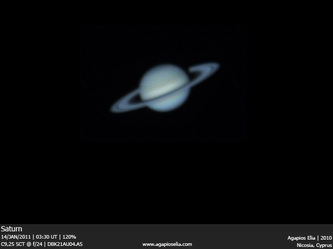 The first images of the new year & the first attempts with the DBK21 camera. The seeing conditions were quite unfavorable but the desire to image the ringed planet with a new camera & featuring a gigantic storm, prevailed. 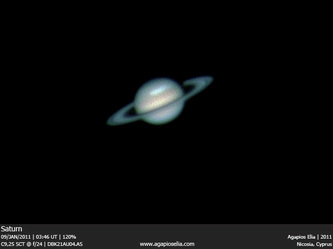 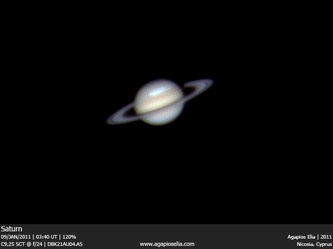 The rings are back! 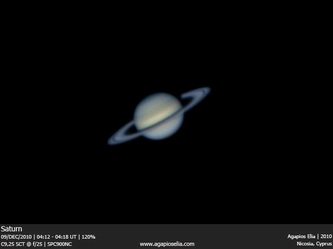 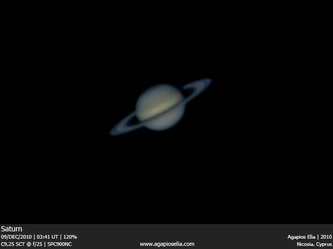 Saturn on June 20th with the rings visible as a straight line crossing the planet's disc. 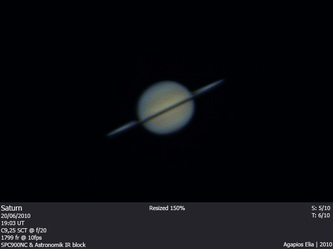 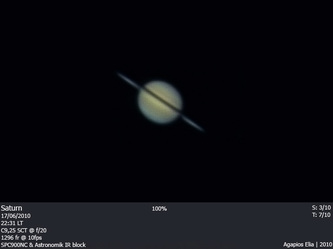 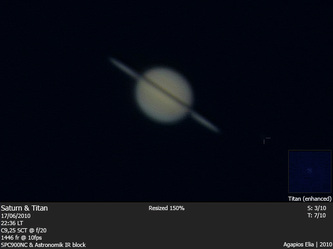 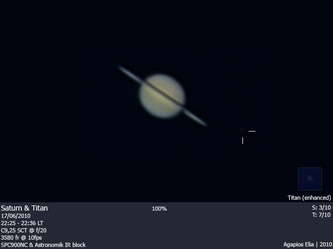 A lot of frames were combined for this attempt as Saturn is very dim and a high frame count would help with the noise suppression. 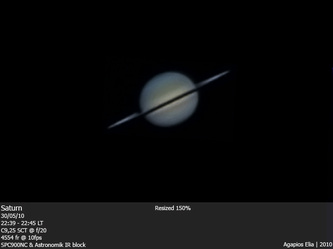 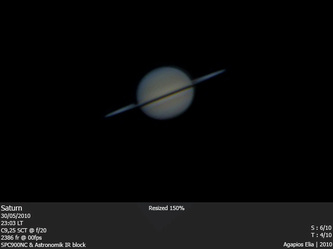 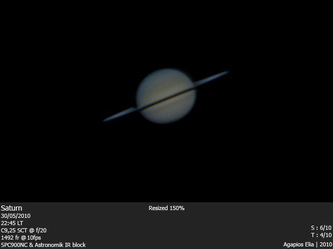