Imaging Setup: C9,25 SCT@ f/31.3 & DBK21
For the 2011 - 2012 apparition, Jupiter would not only grow to a maximum size of 49.7" but wouldl also climb to a much higher altitude, approximately 68.2 degrees as observed from Cyprus! This of course meant, provided the seeing conditions were favorable, that we would have had the chance to observe and image the king of the Planets with much higher detail than the previous years!

Exceptional seeing conditions on this night, which resulted in my most detailed imagery yet(*edit, see Nov2012 set!). A plethora of structures are visible throughout the disk. Some minor problems with underexposure on the limb / overexposure in the EZ yet overall a most pleasing data set. 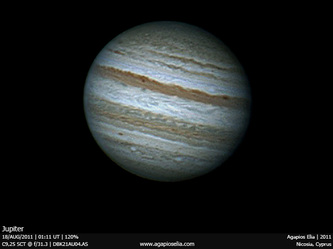 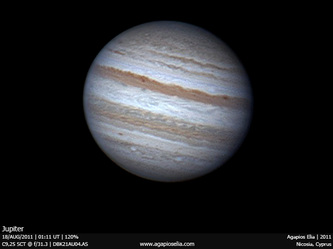 Fair seeing with plenty of wind gusts. Europa is visible in all frames.

Fair seeing conditions for the season opener! Io and Oval BA are visible. 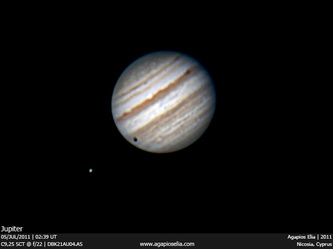 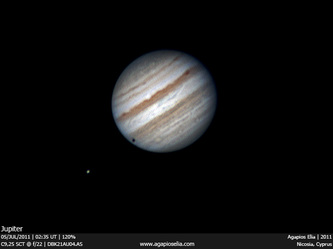