With the exception of perhaps 2 nights, all other attempts resulted in mediocre images. Sadly, the first Jupiter apparition since my upgrade to a monochrome camera, has yet to produce any higher quality images, contrary to Saturn and Mars attempts in early 2014.

Mediocre seeing yet again, with a few subtle moments of fair. 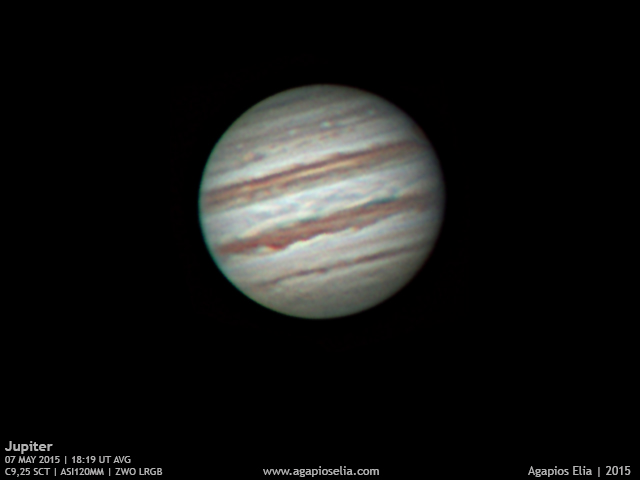 Sub-average conditions, despite favorable predictions. By now Jupiter has shrunk noticeably (39.3" for this capture) and the window is getting extremely narrow for any further attempts. 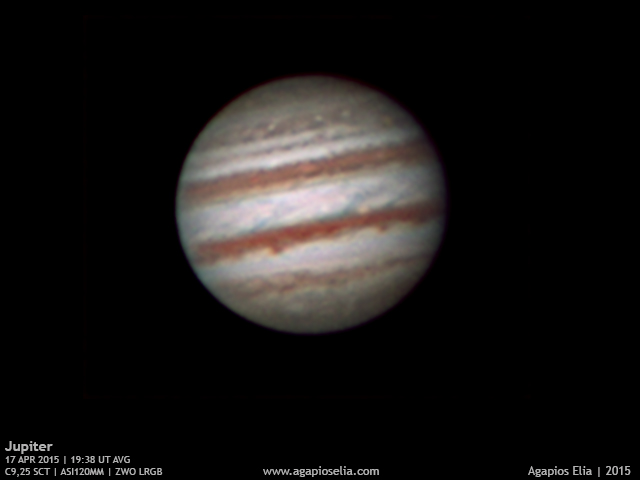 Average conditions continue for this attempt. Oval BA is nicely placed with hints of resolved detail. 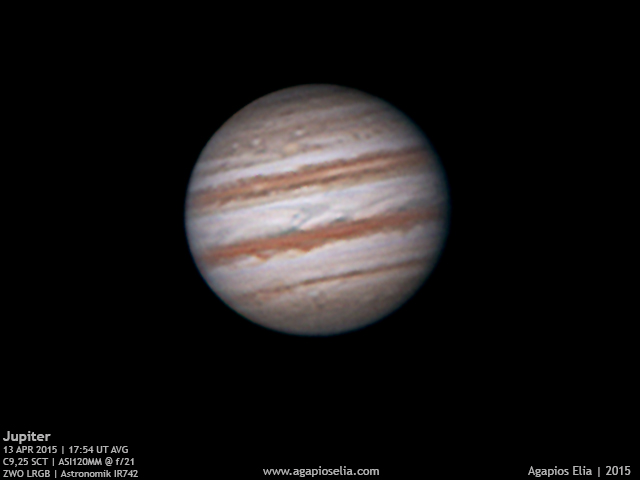 First acceptable seeing conditions in months. Io and it's shadow are visible as well as GRS and OvalBA. 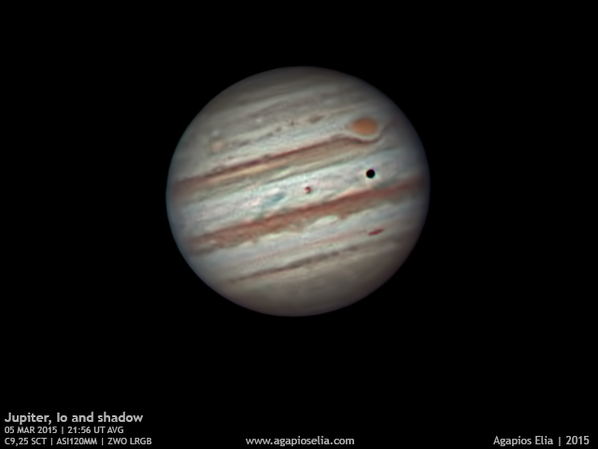 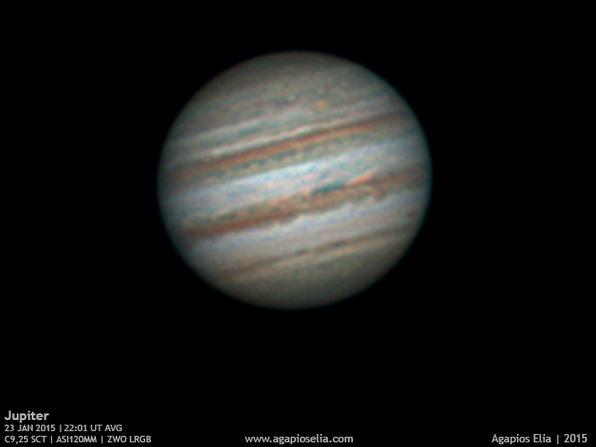 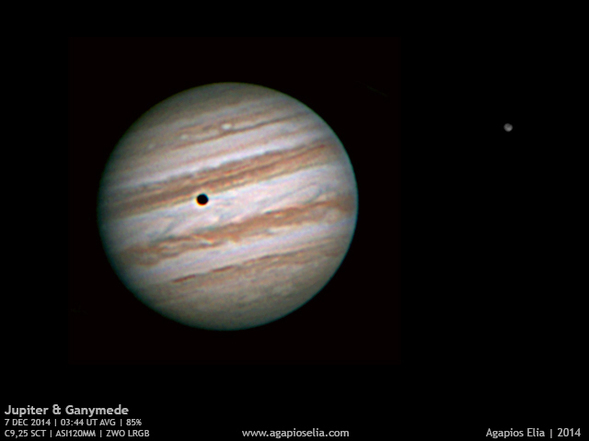 Good seeing with brief periods of very good on this night. Oval BA and GRS are very well presented. At the eyepiece, GRS was a distinct bright orange spot. 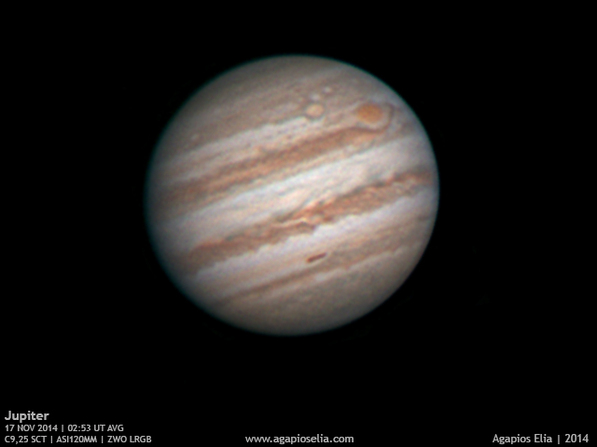 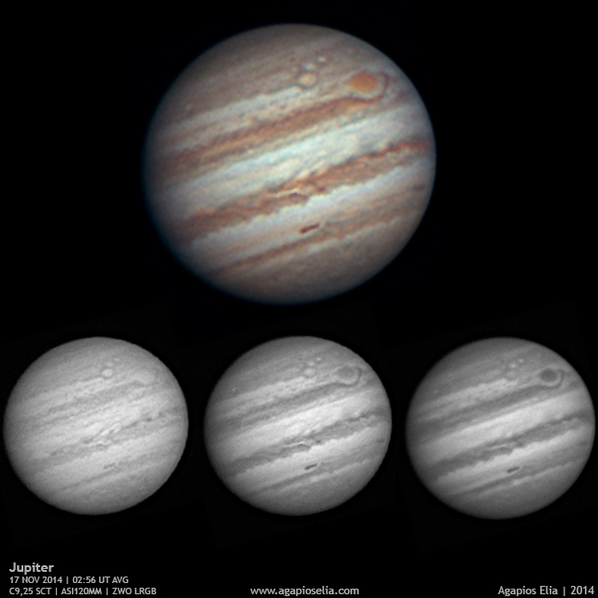 Generally bad to horrible seeing conditions on this attempt. Never the less the C9,25 is a true performer and coupled with the ASI120MM managed to bring out a wealth of detail on the gas giant, with Callisto and Io also visible. 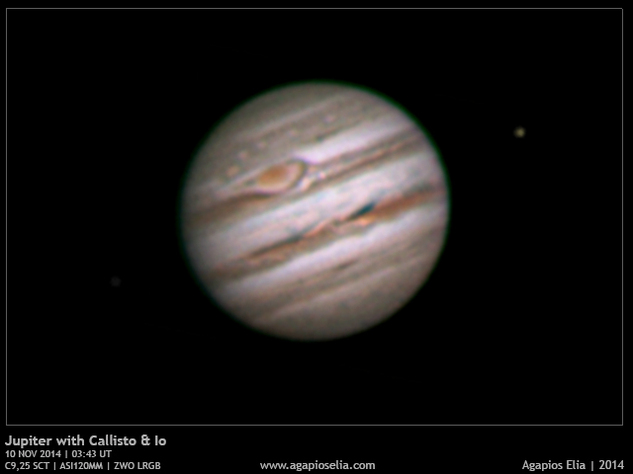 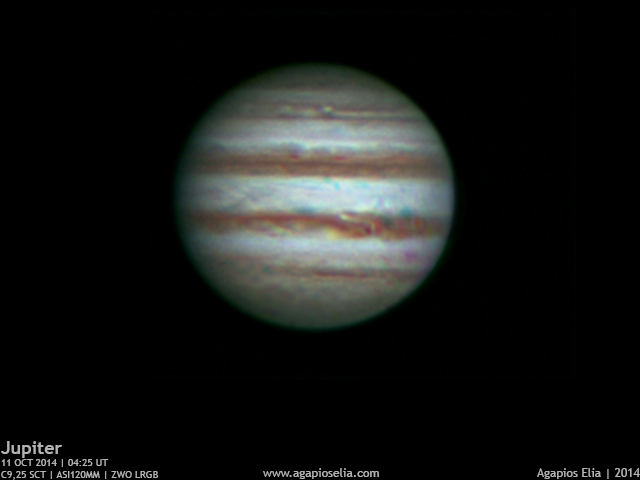